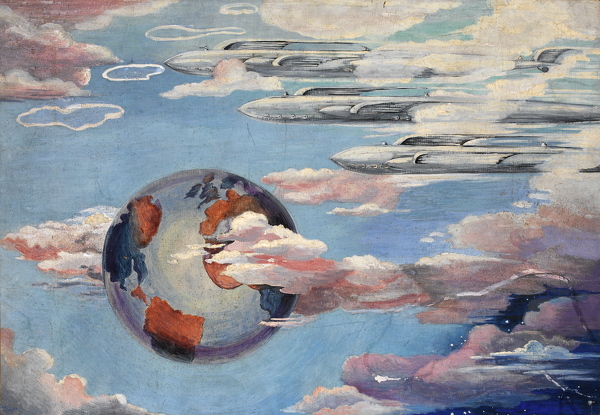 
Signed, with title on label to reverse
Tempera on board

This painting seems to be very much in the spirit of The Shape of Things to Come, H.G.Wells’s epic science-fiction chronicle published in 1933, which predicted the SecondWorldWar . Speculating about the future,Wells presented a new world order in which air torpedoes and an association of pilots and technicians (Air and Sea Control) reshaped the world’s communications and systems of government.

Hayes might also have been inspired by Baron von Koenig-Warthausen account,Wings Over theWorld (1930), in which the 23-year-old German Baron described his epic journey around the world in a Klemm-Daimler D-1433.