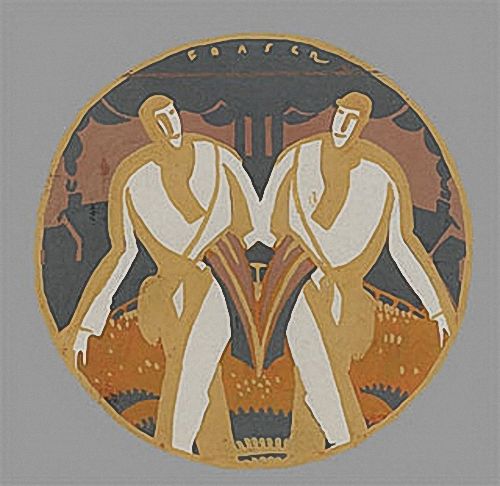 Through his work for the Radio Times, Eric Fraser became, and has remained, one of the most recognised twentieth-century illustrators. He has recently been the subject of a monograph by Sylivia Backmeyer. A bequest of several hundred of his designs was made by his family to the Victoria and Albert Museum.

The figures depicted in this roundel are stylishly dressed for tennis and golf. Plus fours, worn here by the golfer, were made fashionable in the early 1920s by the Prince of Wales.