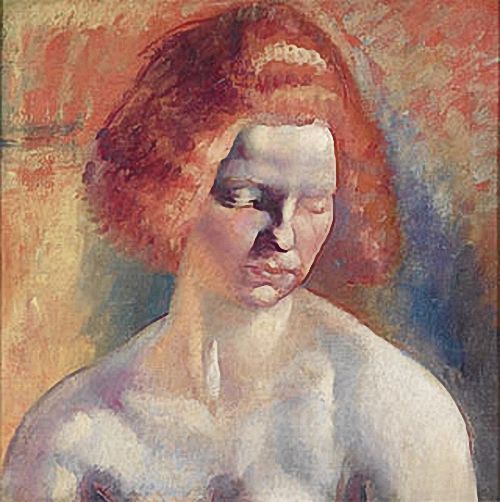 
Titled on label to the reverse

This painting depicts Rose, one of Jacob Epstein's favourite models and one of Clara's six sisters. At the age of 19, Klinghoffer was already receiving considerable critical acclaim as one of the outstanding women painters of her generation. According to the Daily Telegraph, May 3, 1920, she was able to 'draw like Raphael' and 'must be regarded as a new star . Her work is strongly individualistic and original, her point of view strictly her own, her power great . If she elects to do a thing it is done with masterful force.'

The forthcoming monograph by Michael Laurence will undoubtedly play a large role in bringing Klinghoffer's work back to critical acclaim.